By Katie O'Leary
February 24, 2022 View comment (1)
Technology is changing the world for people and pets alike. In the last decade, pet care has undergone its own digital transformation—and we’re not just talking about the proliferation of cat videos on the internet. From finding pet sitters and helping dogs cope with separation anxiety to seeking veterinary services via your mobile device, technology is helping pet parents care for and enjoy time with their four-legged friends even more.

One of dozens of industry verticals PitchBook tracks, pet technology companies are defined by their mission to enhance pet ownership and quality of life. Many pet tech startups operate as novel services and pet-related apps, like Rover and Chewy. Others exist as physical products, from digital devices to meat-free kibble.

The pandemic caused many people to seek companionship in canine friends, resulting in a surge of pet adoptions followed by significant activity in the pet tech venture landscape. With over $1.22 billion in capital raised, a median deal size of $4.96 billion and a median post-valuation of $37 million, 2021 was a monumental year for pet tech in VC. Here we explore some of the most active VC firms in this vertical along with the companies they’re investing in.

*According to PitchBook as of February 14, 2022; data is subject to change frequently 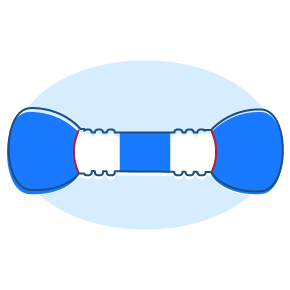 The firm has invested in Petcube, the developer of a wireless pet camera that can be used to monitor pets, as well as talk and play interactive laser games with them from anywhere using a smartphone. Other pet tech companies SOSV has invested in include Because Animals, GoBone and Spare Leash.

500 Startups is an accelerator and venture capital firm based in San Francisco. Founded in 2010, the firm seeks to make seed, early-stage and later-stage investments in media, consumer services, mobile, SaaS, fintech and other sectors.

In April 2020, the firm participated in an early-stage financing round for BorrowMyDoggy, a platform intended to connect pet owners with local sitters for walks, home boarding and vacation care. 500 Startups has also invested in Holidog and Pawsh.

Founded in 2011, Slow Ventures is a seed stage venture capital firm based in San Francisco and Boston. The firm focuses on US-based companies in consumer, enterprise, SaaS, mobile, fintech, crypto and other categories.

Founded in 2014, Alumni Ventures is a venture capital firm based in Manchester, New Hampshire. The firm prefers early-stage, later-stage and seed round investments within the healthcare, consumer products and services (B2C) and information technology sectors.

In May 2021, the firm participated in the Series B round for Asto CT, the developer of a computed tomography (CT) device designed to provide standard whole-body scanning of animals.

Techstars is an accelerator and mentorship-driven, seed-stage investment program. Headquartered in Boulder, Colorado, the three-month program operates in multiple U.S. cities and in the United Kingdom annually. The firm provides access to community leaders, founders, mentors and corporate partners, allowing entrepreneurs to gain education and funding. 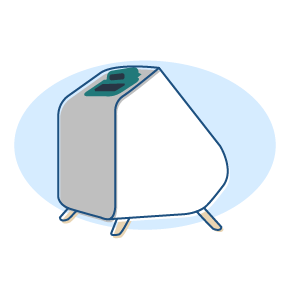 Founded in 2010, Lerer Hippeau Ventures is a venture capital firm based in New York. The firm seeks to invest in companies operating in the consumer, digital media, e-commerce, emerging tech and enterprise software sectors.

In February 2022, the firm participated in a later-stage VC deal with Companion, the developer of a machine learning device designed to provide reward-based training for dogs.

Founded in 2016, Digitalis Ventures is a venture capital firm based in New York, New York. The firm seeks to invest in solutions addressing complex problems in human and animal health.

In August 2021, the firm participated in the Series A round for AnimalBiome, a provider of microbiome-based diagnostics and therapeutics for identifying and improving gut biome imbalances in cats and dogs.

Founded in 1994, RRE Ventures is a venture capital firm based in New York, New York. The firm primarily invests in seed stage, Series A and Series B rounds, focusing on companies operating in the financial services, 3D printing, media, space and robotics sectors.

RRE Ventures led the Series A financing for BarkBox (NYS: BARK), a dog-centric business dedicated to making dogs happy with high-quality products, services and content. The firm has also invested in Wag! and smart-collar developer Fi.

Founded in 2009, Freestyle Capital is a venture capital firm based in Mill Valley, California. The firm prefers investments in seed-stage, early-stage and later-stage companies within the information technology, internet of things and SaaS sectors.

In July 2021, Freestyle Capital participated in the Series B round for Embark, a developer of DNA testing kits for improving dog health and wellness. The company’s kit provides key genetic insights, enabling pet owners to learn about their dog’s genetic predispositions—all with a simple cheek swab.

The firm played a pivotal role in funding Rover (NYS: ROVR), an online marketplace for pet care that connects pet parents with pet providers. Madrona was the sole investor in Rover’s seed stage and continued to participate in their Series A-F funding rounds.

In November 2021, Sand Hill Angels participated in the Series C round for Fuzzy, a subscription-based pet care platform designed to make pet care more accessible and affordable. Some of Fuzzy’s offerings include veterinary chat and video consultations along with home delivery of pet essentials. 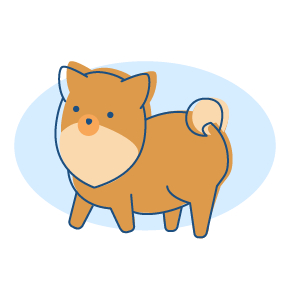 Founded in 2009, SV Angel is an angel group based in San Francisco, California. The firm prefers investments in seed stage, early-stage and later-stage companies within the information technology and TMT sectors.

SV Angel has invested in Good Dog, a breeder screening platform, connecting prospective dog owners to responsible breeders. The firm has also participated in financing rounds for Embark and Fuzzy.

Founded in 1995, Benchmark is a venture capital firm headquartered in San Francisco, California. The firm prefers investments in seed stage, early-stage and later-stage companies operating in the software, communication and financial services sectors.

Benchmark has been an active investor in DogVacay, participating in their seed, Series A and Series B financing rounds. DogVacay is a communication platform that provides dog boarding and other pet care services sourced from locals. Through the platform, users can access vetted dog boarding, pet sitting, dog daycare and dog walking with 24/7 customer support.

Founded in 2007, Foundry Group is a venture capital firm based in Boulder, Colorado. The firm prefers early-stage, later-stage and seed round investments in the B2B, communications, consumer durables and information technology industries.

In November 2021, the firm participated in the Series A round for Jinx, a producer and supplier of modern dog nutrition products designed to deliver essential nutrients through high-quality proteins.

Founded in 2006, Plug and Play is an accelerator firm headquartered in Sunnyvale, California. The firm prefers seed, early-stage and later-stage investments in the consumer products, financial services and healthcare sectors.

Plug and Play was a seed investor in Basepaws, a DNA testing center that provides genetic testing for cats. The company’s DNA tests detail information on breed, ancestry, physical traits and genetic markers for hereditary disease.

Pet tech is just one of the verticals PitchBook tracks.
Check out our other verticals and learn more about the data behind this article.